Passats are really nice cars, and the solid feel of a manual trans really makes them nice.   This Passat Tdi came from Canada for me to convert to manual trans.  Conversion to manual seems to be a great option when your trans has failed but if you convert before the trans fails then you have a used transmission that you can sell to offset the cost of the  conversion process.   This is what this customer chose to do.  There was nothing wrong with his trans.

We have done over 20 of these conversions.  You can have confidence that it will be done right!

First things first…. out with the old… customer had this trans sold to someone near him whose transmission had failed. It had been rebuilt at some point.

The old auto shifter needed to come out also.  Heres a pic of the auto shifter and shifter cable from under the car. 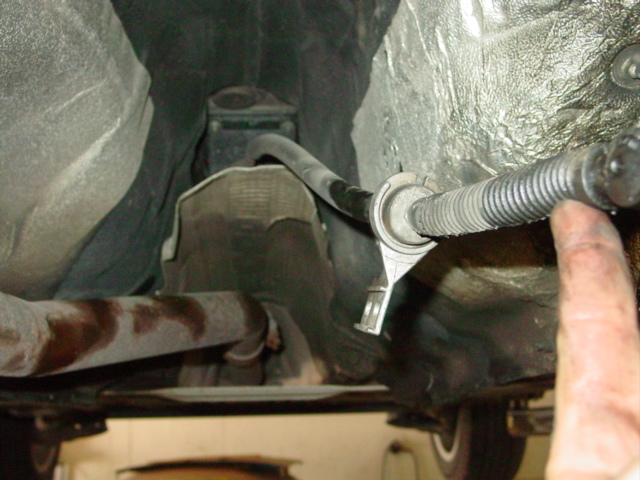 Passat manual transmissions have a fairly simple shifter assembly with a solid linkage.  Here the pic. 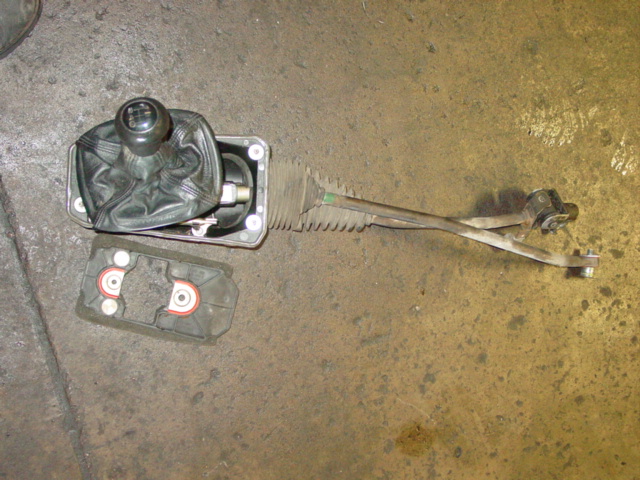 The following pic is from under the with the trans removed near the rack.  The hole is filled with a plug on automatic cars and the plug has a hole for the clutch line to pass through on manual cars. 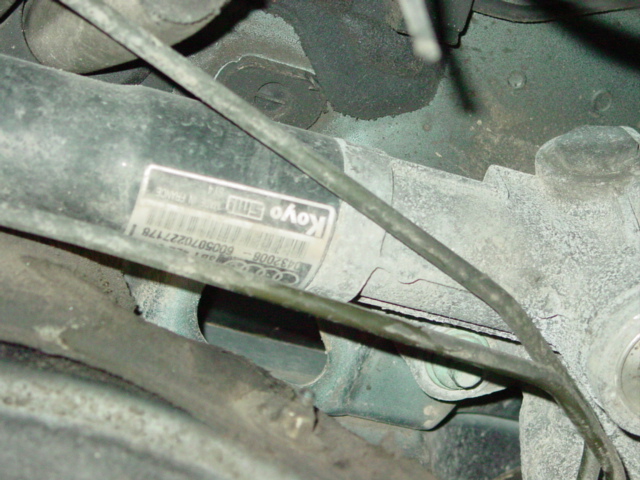 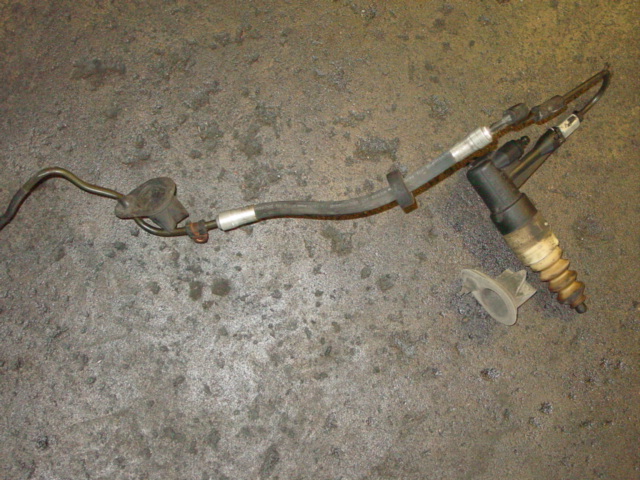 So here’s the booster.   Very tight in there to remove the bolts.  I had to knock the bit out of my torx socket and use it with a wrench to loosen the bolts because there wasn’t room for the socket.   IIRC we just loosened the lines on the master and swung it out of the way and then tightened the lines back up to limit them amount of air that was introduced.

And the booster removed to give access to install the clutch line behind it. 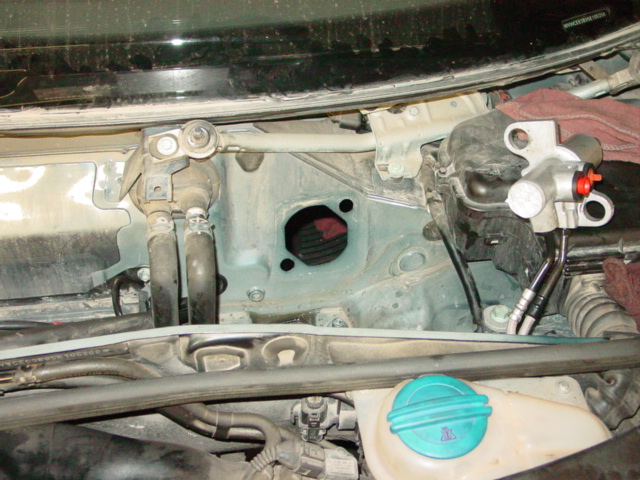 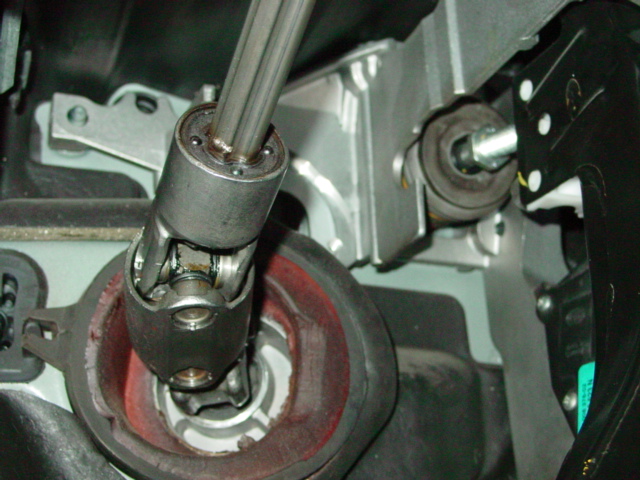 So here’s a comparison pic of the pedal assemblies of both auto and manual.   You can see the hole slots for the clutch and brake switches on the auto pedal assembly.  The ones on the pedal assembly from europe were different.  I would assume this was due to a year difference but dont know at this point.  I felt it would be easier to use the original and change the brake pedal and add the clutch pedal portion to it rather than use the “new” switches and have to wire the brake pedal switch in.  Turned out later that this is what we had to do anyway.  See electrical notes. 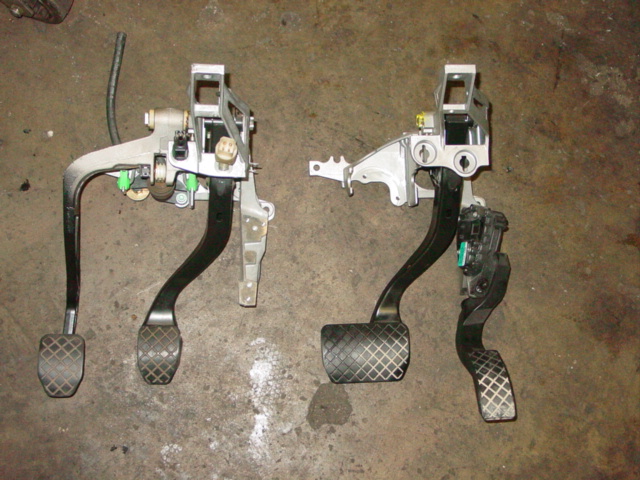 The subframe is different between manual and auto transmissions.   Heres the auto subframe, and a part of my shoe! 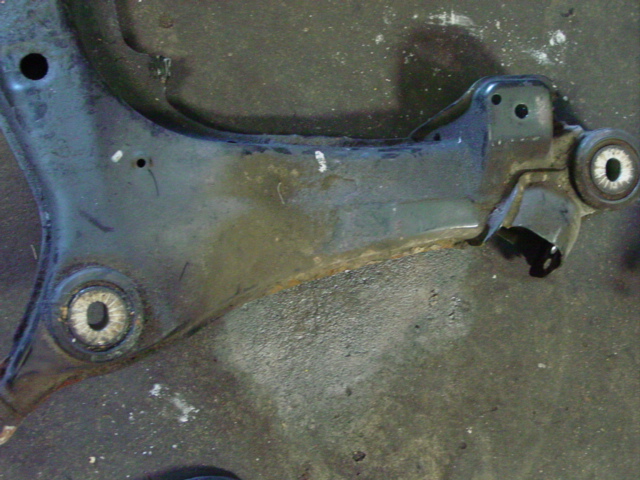 Electrical notes:  There are 3 functions you need to make sure work when your done.

1.  Reverse lights.  This was super easy on the B5 passat tdi.

2.  Clutch pedal start enable.  Your car shouldn’t start unless you press on the clutch.

3.  Clutch switch Cruise cancel.  Your computer will need an input from a clutch pedal switch to shut off cruise if you step on the clutch pedal.

We double checked that the input shaft was going deep enough in the pilot bearing..  We did this by greasing the input shaft and trial fitting the trans to the engine and seeing how far the grease was pushed back on the pilot.  It was fine.

Of course you’ll need all the mount parts as well and bolts and axles.   We had some problems with the clutch.. 1st one was wrong.  2nd one slipped badly.  so we ended up with a new one, and it worked good.

The engine computer requires a software change to make it work with the manual with no check eng lights  We use Malone tuning for this.  The software change makes it similar to a MK4 jetta computer that can be “recoded” to work with a manual.  There is also some settings that have to be changed in the ABS controller ect.  Make sure he knows your trans ratios when he sets up your tune or you could end up with cruise not working right.  After our first “flash” cruise wouldn’t work in 4th but worked in all other gears,  but after a 2nd reflash with the right 4th  ratio programmed in it worked fine.

Here’s the dash after we were done.  As a side note you have to unplug or remove the trans computer to make the indicator not display.  But it looks perfect.  No warning lights and no annoying auto shift indicator. 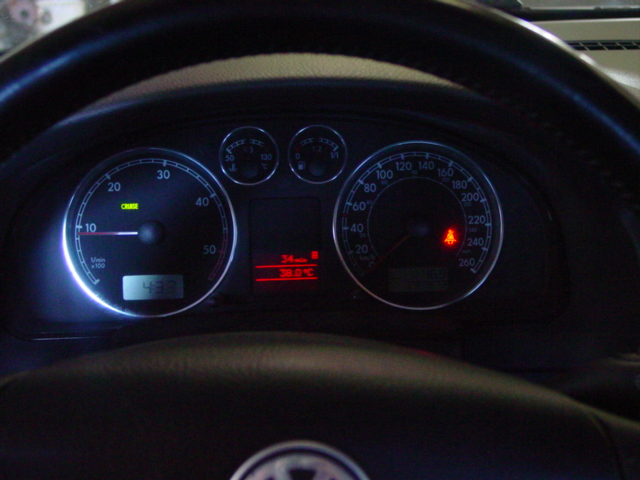 Here’s the shifter assembly. You might need to get a shifter boot that matches your interior or if your console are is black then you cant go wrong with black. 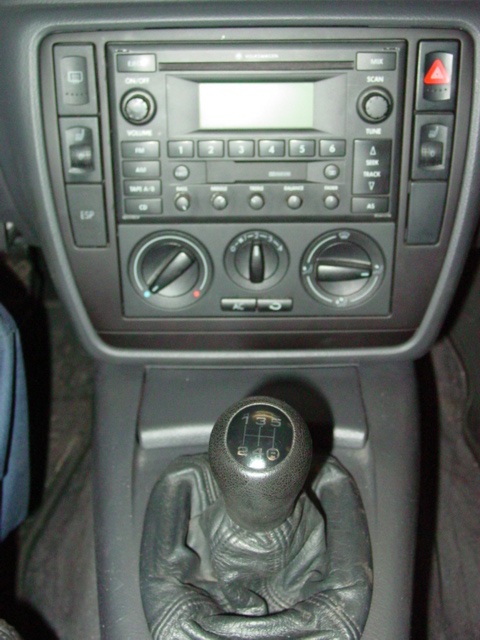 I have to say this makes this a very desirable car, and probably increased the resale value.  Customer reported back he gained 6 mpg but these increases cannot be garenteed. 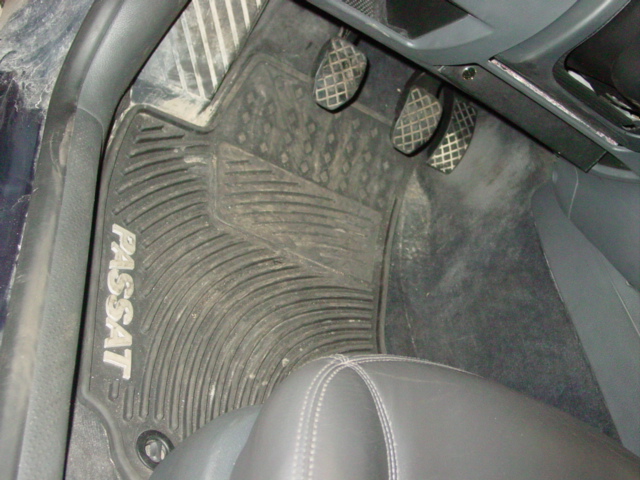