First of all pull the skid plate. Then with an allen wrench remove the drain plug. 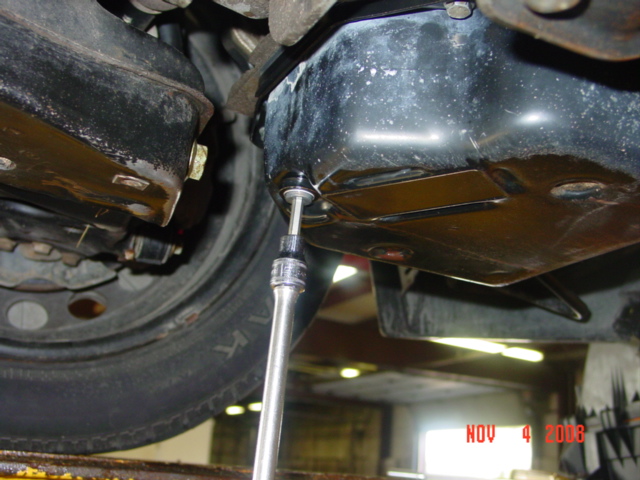 Then put the allen wrench up in the hole the drain plug came out of, and remove the stand pipe.  This is to drain the pan thoroughly. 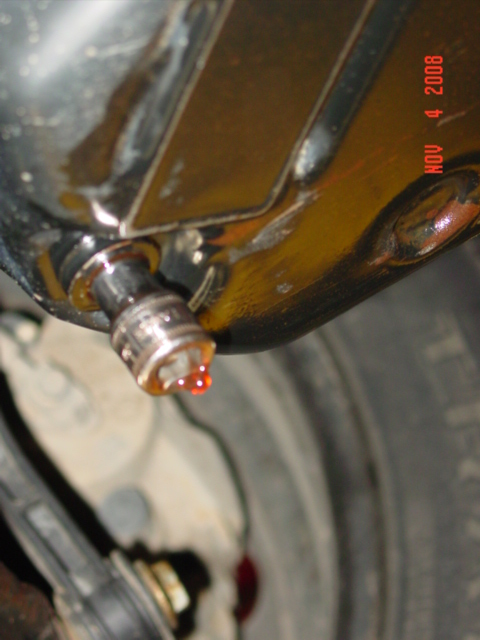 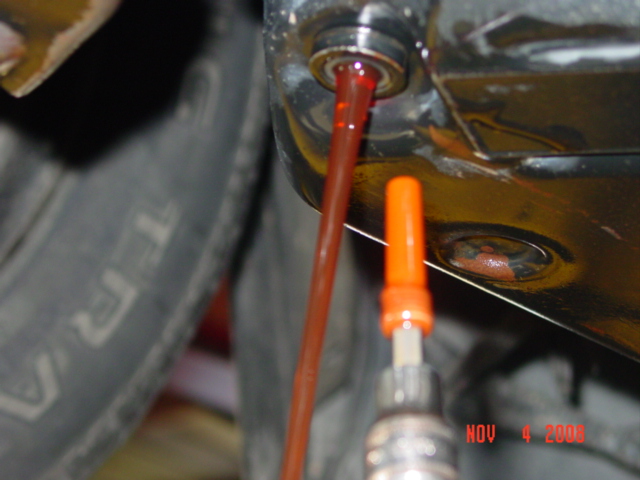 There is a bracket to protect the front of the trans pan that I didn’t get a picture of.  It has four 16mm bolts. Remove it to get access to the front two pan bolts.

Then you’ll see the filter. Just grab it and pull it off.  Sometimes you may find it sitting in the pan. Don’t worry, the pan holds it in place, and it just fell out when you removed the pan. 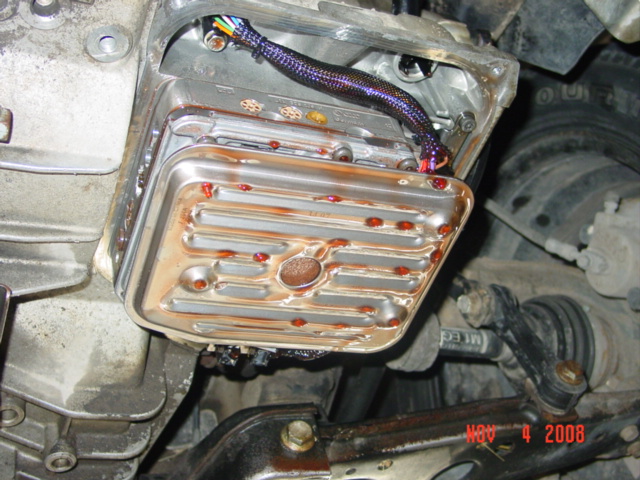 When you pull the filter out, usually the filter seal (orange) will stay inside the valve body. Pry it out with a screwdriver. 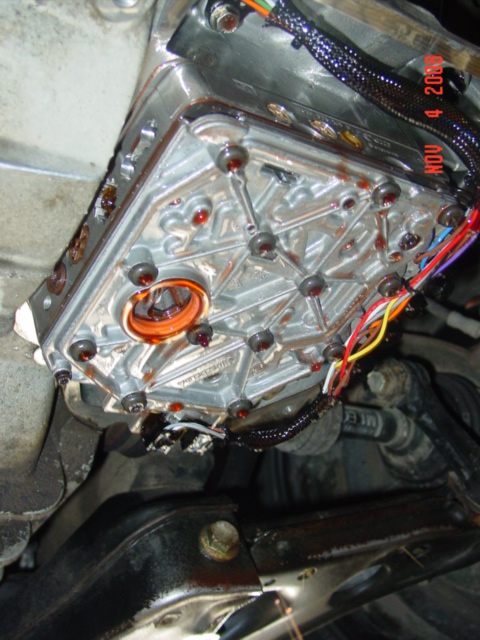 Don’t forget to remove your old filter seal or you’ll end up with two of them in there.   This was a valve body someone shipped to me and whoever serviced it before just shoved the new filter up in there with the new seal and left the old one in there too. 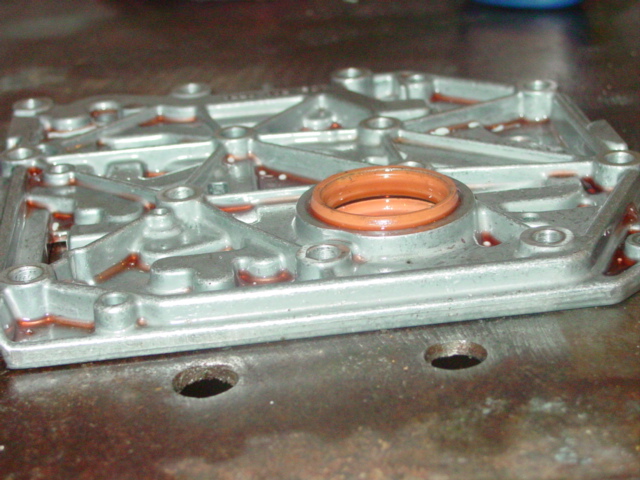 Make sure your new filter comes with a filter seal then seat it up into the valve body. Clean the pan out thoroughly. 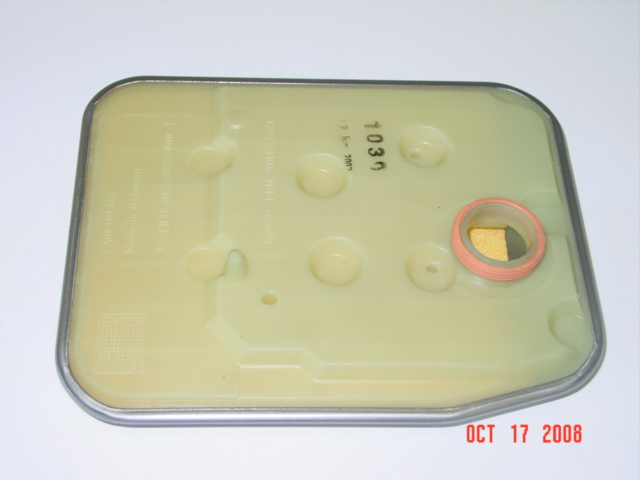 In my hand are the “torque limiters” (spacers) that go inside the holes that the pan bolts pass through. They limit the amount of crush on the pan gasket. Some of the new gaskets do not come with them so you must change them over into the new gasket. To do this, just sit the gasket on a hard surface, sit the spacer on the hole then shove it in with the handle end of a screwdriver. A little lube doesn’t hurt either. If you leave these out, the pan will leak. 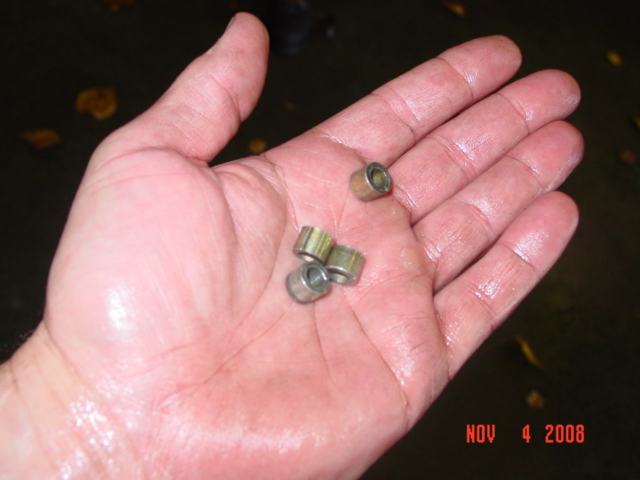 Here’s a new gasket with no spacers in it. 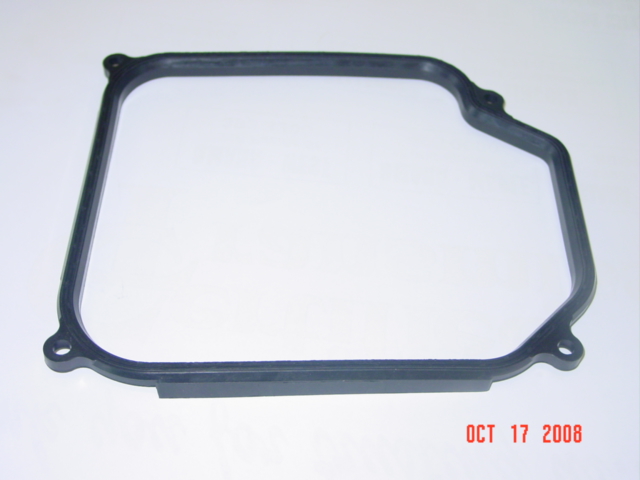 Here’s one in the pan gasket 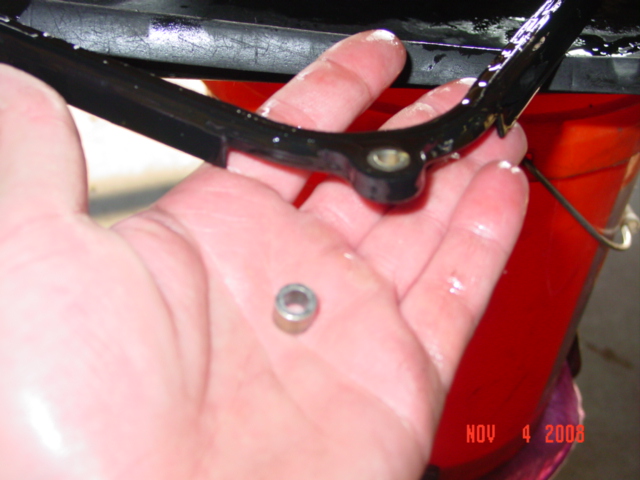 Break open the filter. They are real good at trapping broken pieces. The pump suction pulls stuff up in there. So if you don’t break it open you might be missing some “evidence” of damage. This one the trans is shot! 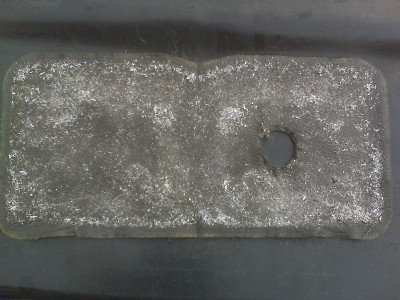 Also take a good look into the pan. Use a flashlight to look for metal or clutch material. This one has a broken chunk, but notice the fine metal in the bottom where there is no fluid. This trans is shot even without the chunk. 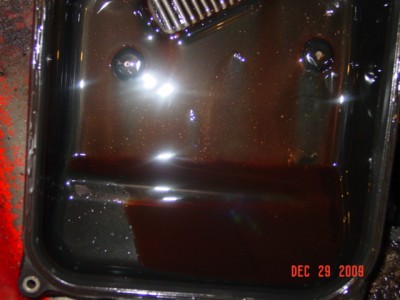 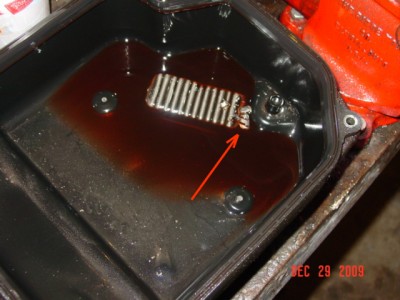 Expect the fluid to be dark. This just means it needs changed, but if it’s burnt, then you may have some clutch damage inside the trans. Expect the magnet to have a little fuzz on it. This trans was Ok,  it just needed a little luvin’ on the valve body. See Failure Analysis page for clutch damage pics.

Well if you get the filter seal out, put a new filter in with a seal on it, put the torque limiters into the new gasket, seat the gasket on the pan properly (meaning even), then tighten the pan, by hand. Understand that over tightening the pan bolts will not crush the gasket more. All over tightening will do is rip the threads out of the case which will then necessitate installing a heli-coil in the pan bolt hole. So tighten till the torque limiter is squeezed then go about 1/8 turn more.

Reassemble as you took it apart then follow the correct fill sequence.

In the lower left you see the fill tube. Its accessed from under the car. To get to it you’ll have to have the belly pan/skid plate off, thenremove the protective bracket at the front of the trans, then break the red cap off. You’ll need a new red cap. Then you’ll need some kind of pump to pump the fluid up into the fill tube or a funnel with a hose on it to pipe it down to the fill tube. 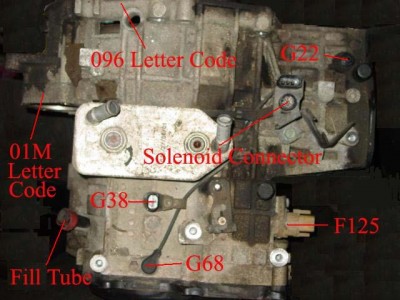 All this is very annoying to me so I fill this trans through the g38 hole. To fill through the G38 hole just remove the breather, then remove the bolt to the sensor and pull out the G38.  No need to uplug it, but don’t yank on the wires. Use a long pair of needle nose or just work it out gently with your hands. 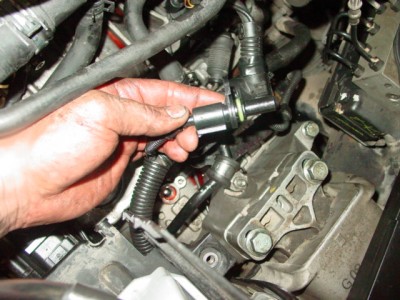 Then using a long “transmission style” funnel, then pour in the fluid. The battery is out in this pic but it doesn’t need to be. 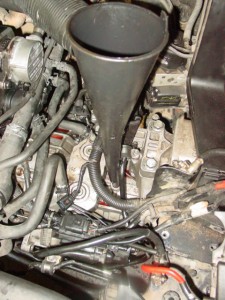 #8 is where I think folks go wrong. They leave the check plug out till fluid stops running out and this makes the trans slightly low. What you need to understand is that there are fluid pressure exhausts on the valve body and spinning components in the main body of the trans. Both of these will throw fluid into the pan making waves and splashes. So the fluid will continue to drip out even when fluid is low, below the stand pipe. The waves and splashes make fluid keep coming out. Don’t do this.  Watch for the first “glug” then plug it.

If you used my method of top filling through the G38 it’s likely you triggered a MAF code, so clear it and reassemble the top and your done.