Although 01M’s have a reasonable lifespan of approximately 150,000 miles, they seem to have a bad reputation. I now offer a 5 speed manual conversion. 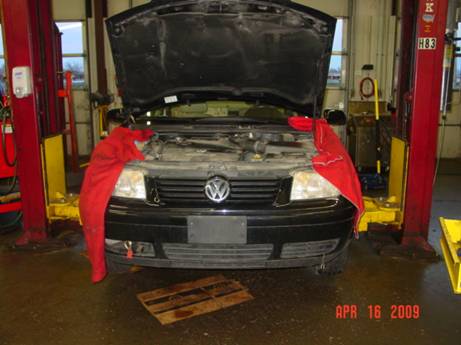 Here’s a conversion I did that I documented with pics. This one failed early with just about 100,000 miles. But… I think it had a trouble code that was repairable and since the car had a glow plug code and the light was on anyway, the driver just kept on going until the transmission failed.

The conversion process eliminates the cooler so you need to bypass it with a nipple. Using these coolant hose clamps, and band clamp tool makes coolant loss minimal. This is good because these cars use Volkswagen G12 coolant, which is expensive. 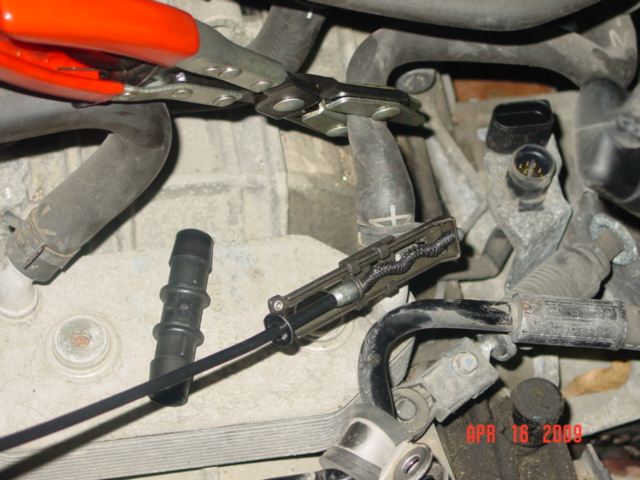 This job requires a motor hanger, especially if you don’t have all the parts. One of the hard things about the conversion is acquiring all the parts. Of course the other is the wiring. 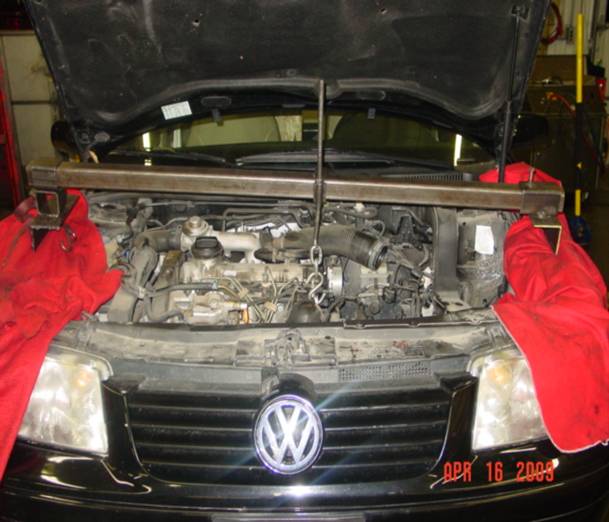 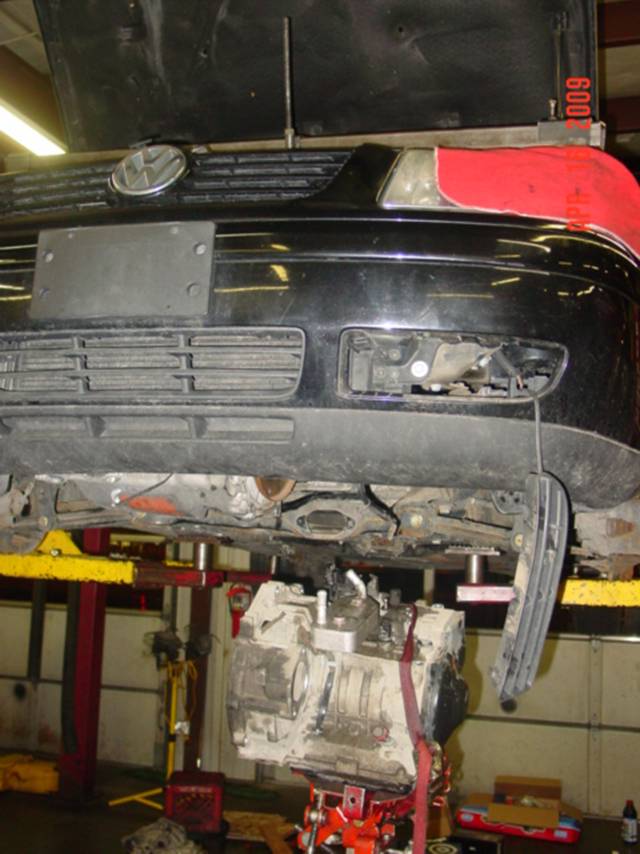 It’s a good idea to replace the rear main seal while your there. 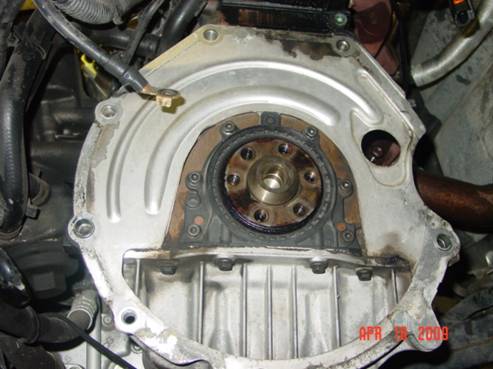 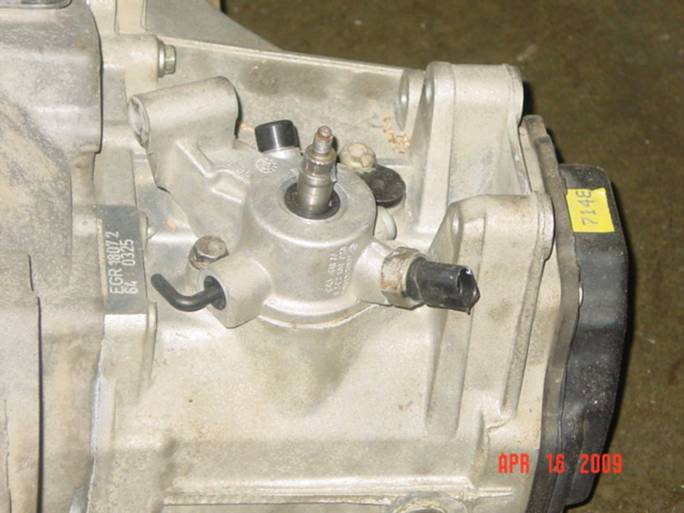 Usually a G60/Vr6 flywheel clutch combination is used to avoid the dual mass flywheel reliability issues. On some cars this results in minor noise you can hear at idle, especially next to a building or something that bounces the noise back at you, like in a drive-through. Also some cars end up with a low pedal “catch” that can be corrected by removing the transmission and shimming the clutch fork pivot out some.

TDC needs to be marked on the flywheel at this point, it is very difficult to see once the transmission is in the way.

It’s very nice of Volkswagen to make the clutch pedal assembly “modular” so that it’s easy to changeover to a manual. 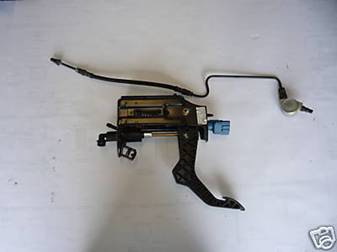 I love doing these conversions, but your 01M can be fixed! Either way, I can help you solve the problem with your beloved car.