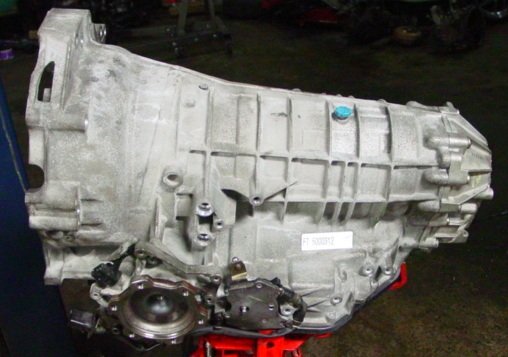 Most VW B5 Passats, and some BMW’s,  Audi A4’s and A6’s, and some Porsche Boxters have a ZF5hp19 transmission in them.  This trans is made by ZF.   ZF means  “Zahnradfabrik” or  “Gear Factory”.  ZF makes transmissions for lots of OEMs including Vw, porsche, Ford, Audi, BMW and others.

Vw and Audi name this trans the 01v .  Tag info in picture below. 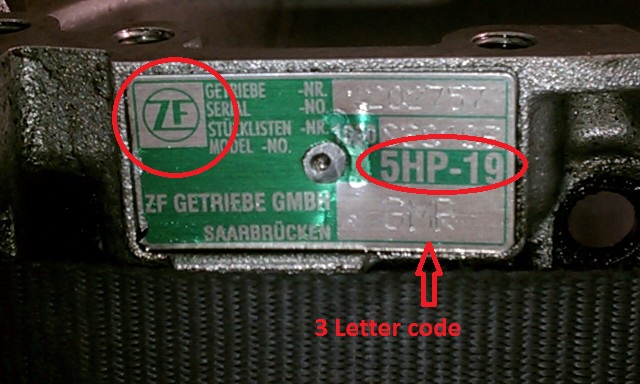 This tag is located near the mating point of the engine to trans on the bottom.  Although the ZF5HP19 could come in Vw’s, porsche or BMW and others, each different engine or make will have slightly different calibrations, clutch packs and gear ratios.    The 3 letter code tells you the specifics of what you have.,  This GMR comes in a 2005 Vw Passat with Tdi engine.  If your replacing your trans you best bet would be to match this letter code exactly.  Please don’t contact me with “will a GMR trans fit where a  XYZ Letter code trans goes” questions.

Diagnosis info.  If ever you start having problems you should check for trouble codes and make sure you have the fluid full.  (later construction on this site I will put how to check fluid here).   At some point in the process you should pull the pan and inspect for debris from failure in the pan and break open the filter.

Solenoid location.  Solenoids are very reliable in this unit but they can fail electrically or mechanically.  Electrical failures would probably result in solenoid electrical trouble codes along with limp mode.  Mechanical failures (solenoids sticking) would not make solenoid codes but would probably make ratio codes if driven long enough and that would make limp mode as well. 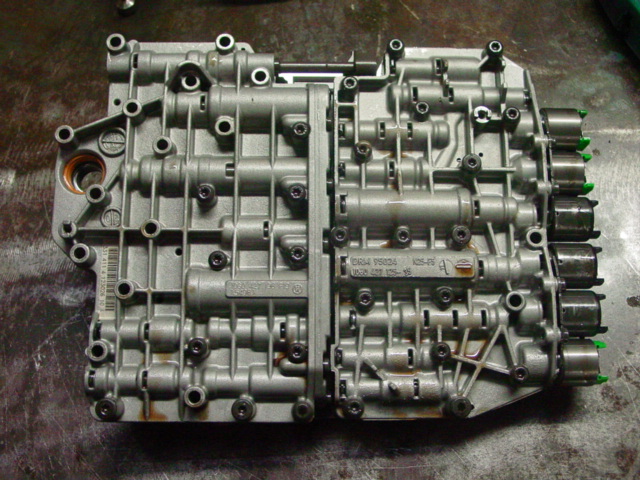 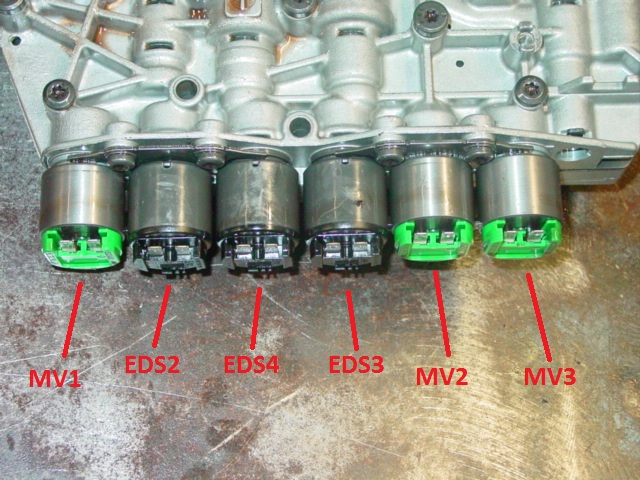 Hopefully you wont have a EDS1  solenoid code because its on the top of the valve body requiring VB removal to replace.

EDS1 is the pressure control solenoid and will not interchange with the other solenoids.  Below is a pic of EDS1 on top of valve body with valve body removed. 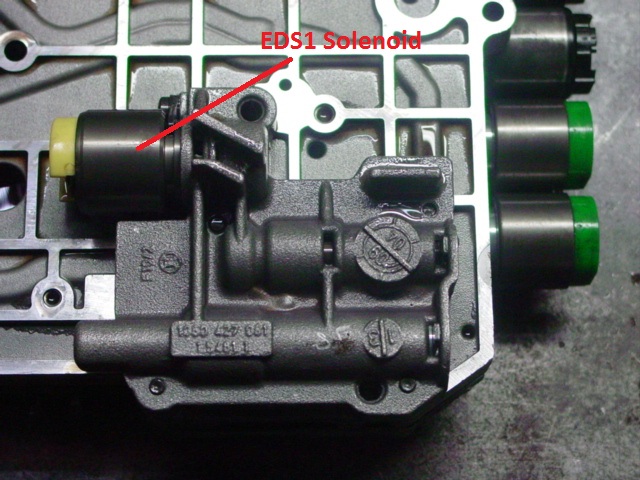 The input speed sensor  (G182) is above the valve body and can only be accessed with the valve body removed.  There is an early style that the G182 bolts to the valve body and late style that bolts to the case.  The two styles cannot be interchanged.   I’ve seen folks put in the wrong trans, that bolted up but wouldn’t work because of the wrong style of sensor triggered a trouble code making limp mode.   If the sensor fails you can change it but if you have the wrong trans you cannot put the other style of sensor in.  Picture below is of  late sensor bolted to case with VB removed. Output speed sensor location is shown in this pic but remember valve body doesn’t have to be removed to change the output speed sensor. 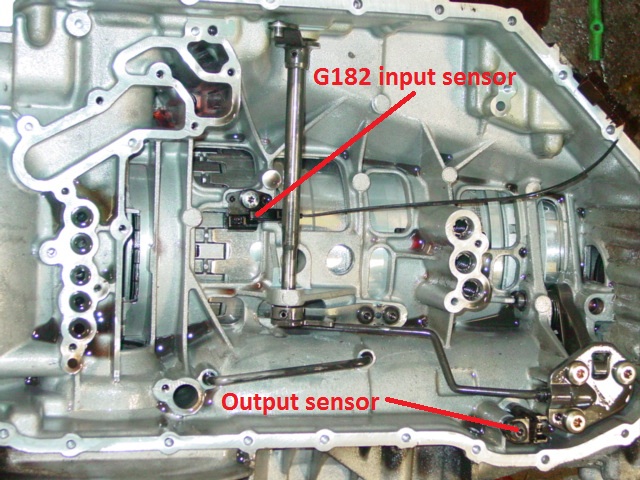 Common problems:  Although the zf5hp19 is a reasonably good trans it has some reoccurring problems and I thought I would document those problems here.  Following are several common failures that these have.  Click links below for more info.

Of course we’ve been converting these to manual.  We do some of these along with Balance module delete and a stage 2 tune, and everyone agrees this is the way the car should have been in the first place!.    Passat Manual conversion  <—–click link