Sometimes little oopsies happen. If you’ve neglected the timing belt, on your Volkswagen diesel and all a sudden the engine dies, and you’re coasting to a stop, chances are good that you’ve had Piston to Valve contact (P2V contact). But your car isn’t dead! Many times you can have the head rebuilt and fix the car for a reasonable cost. 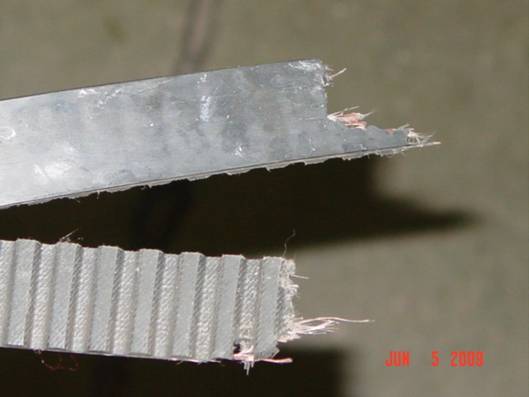 Owner had already pulled the cover when I got the car, so we knew it was P2V contact. 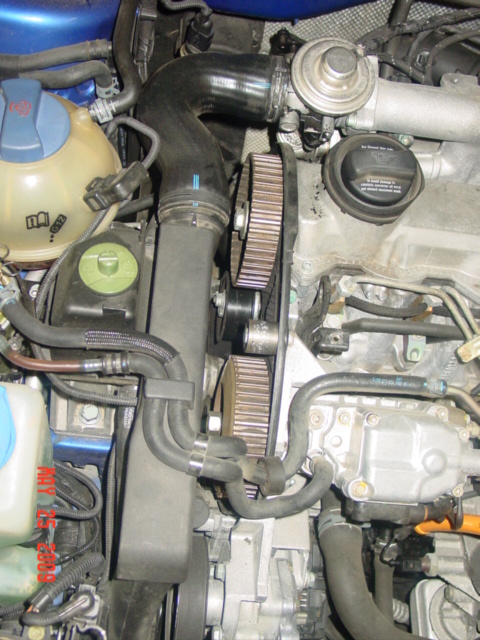 I pulled the valve cover and there under the cam you can see the valve pushing up through the lifter. 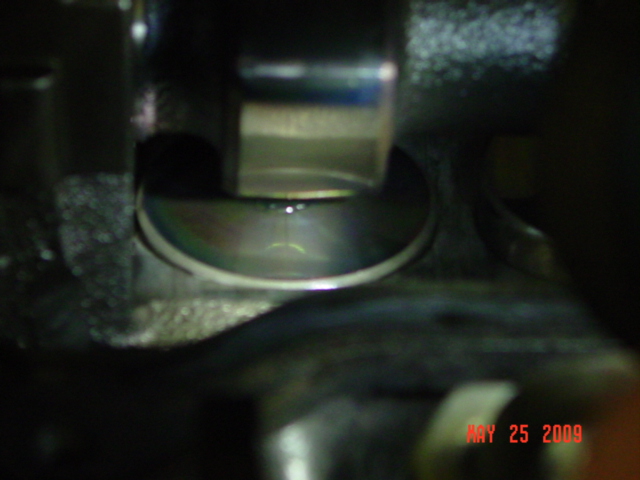 EGR was a mess. 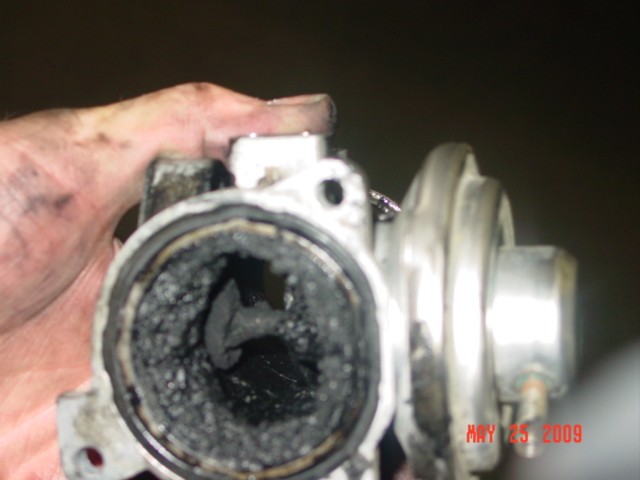 Intake was a little clogged also. If they would have come seen me for a timing belt, I would usually suggest cleaning this at the same time. 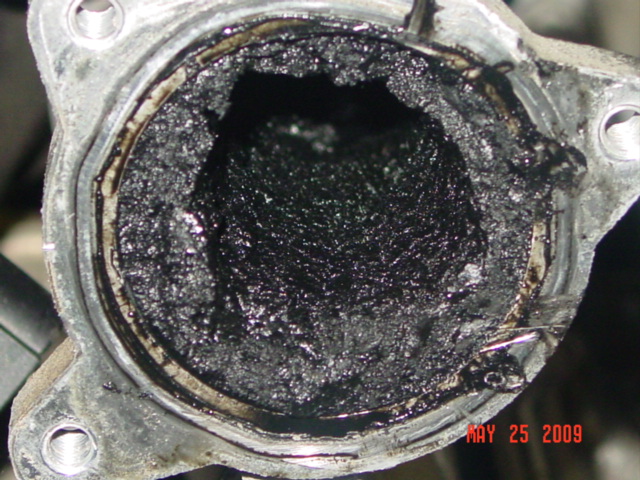 Easiest way to pull the head is with the intake and turbo still bolted on. It’s heavy though, so have a buddy or a cherry picker. 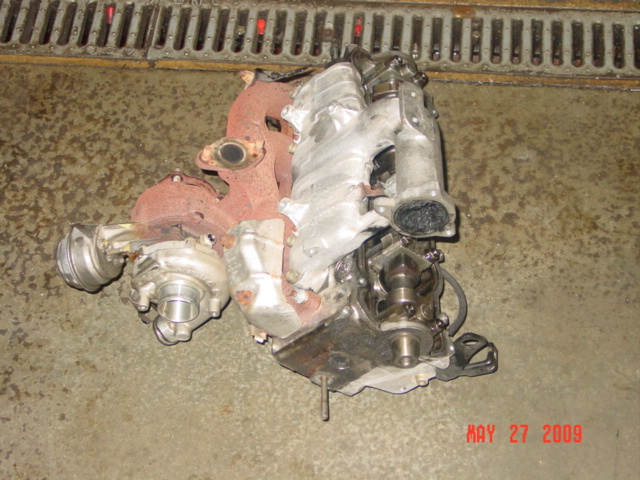 From this angle you wouldn’t think there was anything wrong with the head. 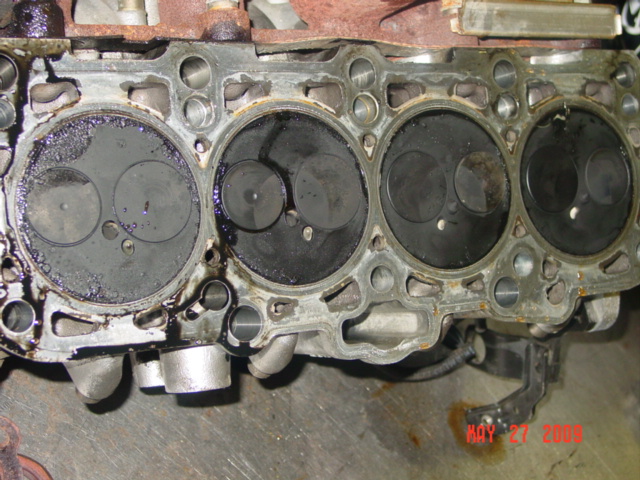 But here you can see the bend in the valve. If someone would have put a timing belt on without doing the head, then this valve would have broken off and made mincemeat of the head and pistons. 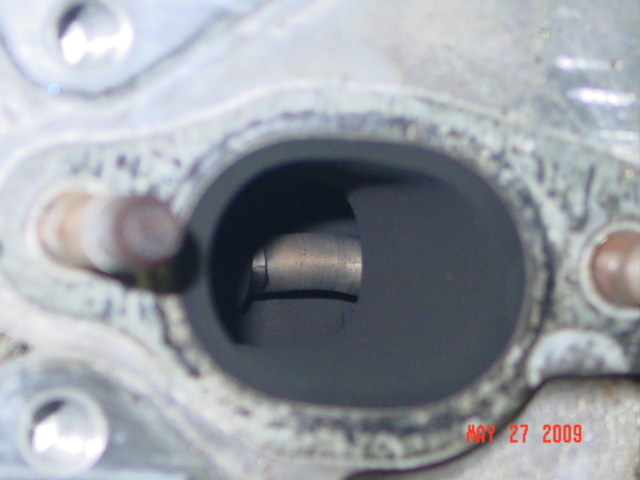 After you remove the cam you can see spider cracks in the lifters indicating the valve pushed up through the lifter. The lifter on the right was jammed or held upwards and the cam spun into it making the line mark. 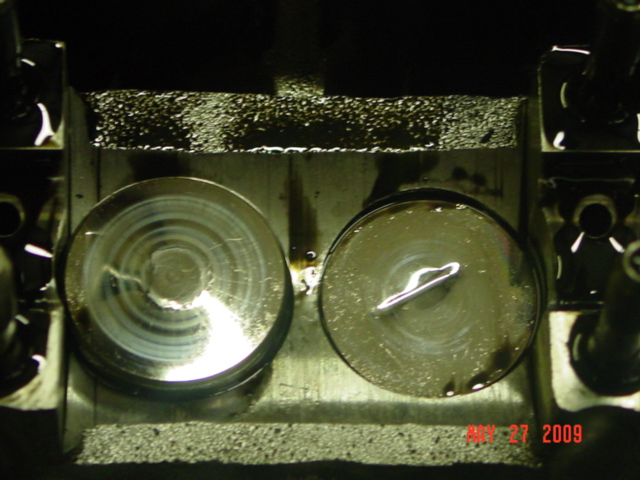 I saw the documentation from the 120,000 mile timing belt job and they did put a water pump on it. But it was a plastic impeller. Notice how flat the O-ring is. Even in this picture you can see the o-ring doesn’t protrude up above its groove. This is probably just due to the mileage.

And here is the cause of the failure. The antifreeze had leaked on the belt and caused it to break. The leak was from the flat water pump o-ring, not the weep hole. 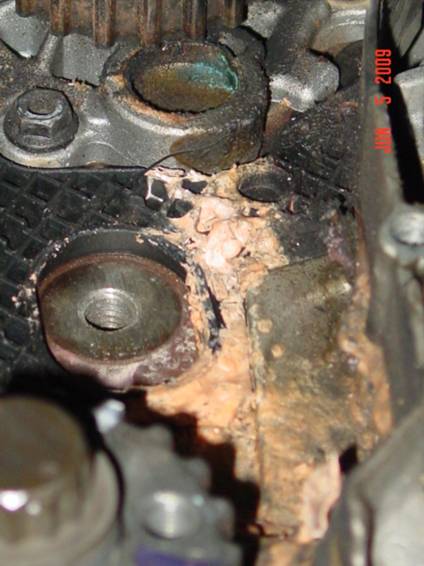 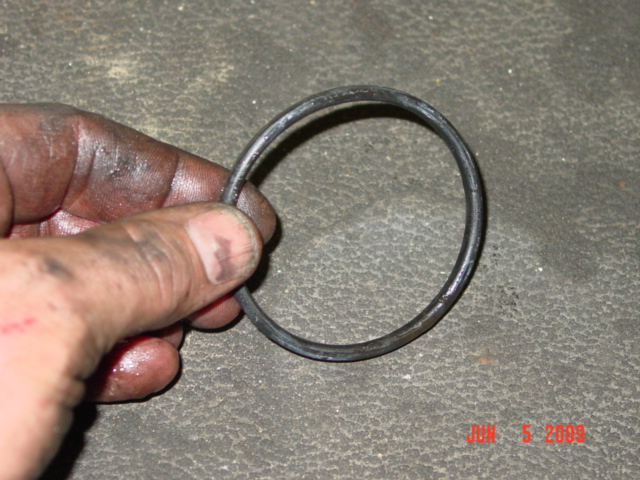